Get Farzified at ‘Farzi Cafe’

Welcome to a journey, a journey of Food. Welcome to Farzi Café or in other words a illusion of food, taste, concept and innovation. Farzi Café recently opened its doors for the public at DLF Cyber City, Gurgaon. The outlet is from the same chain of restaurant as Made in Punjab (the café next door) and the world renowned Masala Library in Mumbai (yes the same restaurant that won 9 out of 10 awards in the entire industry, in less than a year). Owned by none other than celebrity chef Jiggs Kalra and his son Zorawar Kalra. Farzi Café has been created to fill the gap between a gastrobar and a restaurant that serve good food. But here they take the entire experience to just another level.

The ambiance is of a bistro with comfortable sofas, chairs and tables. The backdrop is of a bar elevated from wooden work. The center of the cafe houses a stage for a band to play live music who would be playing every other day. Every item, every decoration, every food has been reviewed again and again until it was made perfect. We went for a Chef’s menu tasting to focus more on the food and less on the puzzle of choice making. It was hard to actually count the number of courses we really had. But most of the items revolve around Molecular Gastronomy. Science including Physics and Chemistry can be seen into play in-front of your eyes. Most of the items are in the form of Tapas or small portions of food which makes trying more food possible.
The journey was a Gastronomical experience. We started with Misti doi which was converted in a form of a sphere shots through molecular gastronomy concepts which burst opens in your mouth releasing the jewel of Bengali sweets. Topped with fruity jam, Kaloonji and Saunf the appetizer did it’s work.  Next came the Crispy Raj Kachori with Okra salad, the Raj Kachori was topped with chutney in the form of foam, created from Carbon dioxide. The Raj Kachori was very light and the flavors’ with the Okra salad made it balanced. Next came the Bombay Bhel Version 2. The bhel was in the form of a powder, can you even imagine that. Nitrogen gas was pumped into the powder to give it a mystic look. The flavors’ of the bhel were intact even in the powdered form. But due to its powdered form the starchy bhel stick to the upper jaw. All in all, innovation at its best. Next came the Chinese Samosas topped with Sesame seeds. The outer layer was crisp and the stuffing was very flavorful. We were then introduced with the Makkai ki Roti and Sarson da Saag in Kebab form with homemade popcorns. The Chaas accompanying this item was again spherically transformed and burst in your mouth releasing all it’s flavor. The sarson da saag was transformed to be more appealing to kids and alike. Followed by Farzi Vada Pav Inside Out, one of their signature dishes and comes straight from Maharashtra. What was striking is the fact that the Pav was inside the Vada unlike vice-versa. Farzi Café’s liquor license is pending and the bar would be in full force in a few days. For drink we had Farzi OK (comes from Orange’s and Key lime). The presentation was mind-boggling and the citrus fruit drink was sweet enough to make your taste buds explode. By this time we were on the verge of being full but came to know that we had only finished the starter’s part and the main course and Desserts were still in line.

We opened our Main Course with Dal Chawal Arancini with Achar, Papad and Chutney. Oops who would have thought Dal Chawal would be so damn delicious. The typical Sicilian food form has been meshed to form a ball then deep fried. These were then topped with a bit of Southwest sauce, green chutney and Papad. The Dal Chawal Ball were presented on a Salsa flavored Chutney. The entire experience of eating Dal chawal in the most innovative form ever was out of the world. The taste of the combination was mouth-watering.

Then a ceramic tree shaped structure was placed on the table. The branches of the tree had Sorbet with a slight hint of Swad (yes the same toffee we had when we were kids) in the form of a lollipop tickled with a hint of chutney. This was an unusual experience.

We were then introduced with Gupta Ji ke Burger. The presentation was remarkable in the form of a jewellery box. The Gupta Ji ka Burger is the inspiration of a West Delhi Burger created decades ago. It doesn’t seem that much has changed ever since. The Gupta Ji ke Burger has been recreated in the kitchens of Farzi Café having a Panner Aloo Tikki with chutney with a slice of Onion and Tomato in the same West Delhi style. But the burger was a bit dry and the bread was a bit hard. The burger comes with a handful of homemade fries. The burger overall was ok.

The other remarkable item on the menu was a Thai inspired curry with a handful of condiments (including chives, lemon, sev, spicy peanuts) along with long basmati rice. The curry at Farzi Café was made out of Pumpkin, unbelievable isn’t it? The curry was delicious and very unique in-terms of the flavors. This rice was stacked with the curry and then each of the condiments were added one after another and finished with a gentle squeeze of lemon juice and chives. Delicious, would just be an understatement. A must try!

We then moved to Desserts. The first Dessert was a Firni with puffed rice flakes. The Chef used liquid nitrogen to flash freeze the Firni. Then topped with liquid condensed milk. The experience of playing with liquid nitrogen may be simple but keeping the flavors of each of the items as-is was a tough job. The flash frozen Firni melted in your mouth whereas the chewy puffed rice gave it a balanced base. Making sure we keep the Firni in our mouth for little longer to get all the flavors.

The last item on the table was a gujjiya shaped cotton candy wrapped Pan. What an innovative way to end the journey. The Pan would just melt in your mouth leaving the refreshing masala flavored dry fruit behind. Unique!

The most important aspect of this journey was the staff involvement and knowledge. Everyone was friendly and knew what was being served. Every staff member had wireless handsets to co-ordinate with the main Kitchen. Thanks to Varun and Chef Himanshu and the entire team of Farzi Café to make this journey worthwhile.
The Scorecard:-
Food/Taste – 9/10
Service – 9/10
Value for Money – 9/10
Quality – 9/10
Ambiance – 9/10
Experience – 10/10
Innovation – 10/10
Overall Rating – 4.6/5

Hats off to Chef Himanshu and other chefs for their innovative creations. The owner, Mr Kalra once rightly said, “We serve memories, not just food“. Do visit Farzi Café for these memories! What sets Farzi Café apart from any other is the experimentation of food with the laws of Physics and Chemistry, but still keeping the flavors’ intact.

Will Farzi Cafe live up to its expectations? 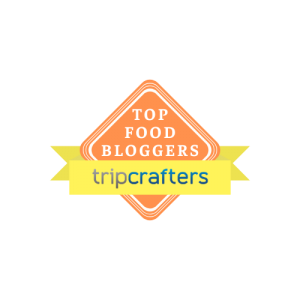